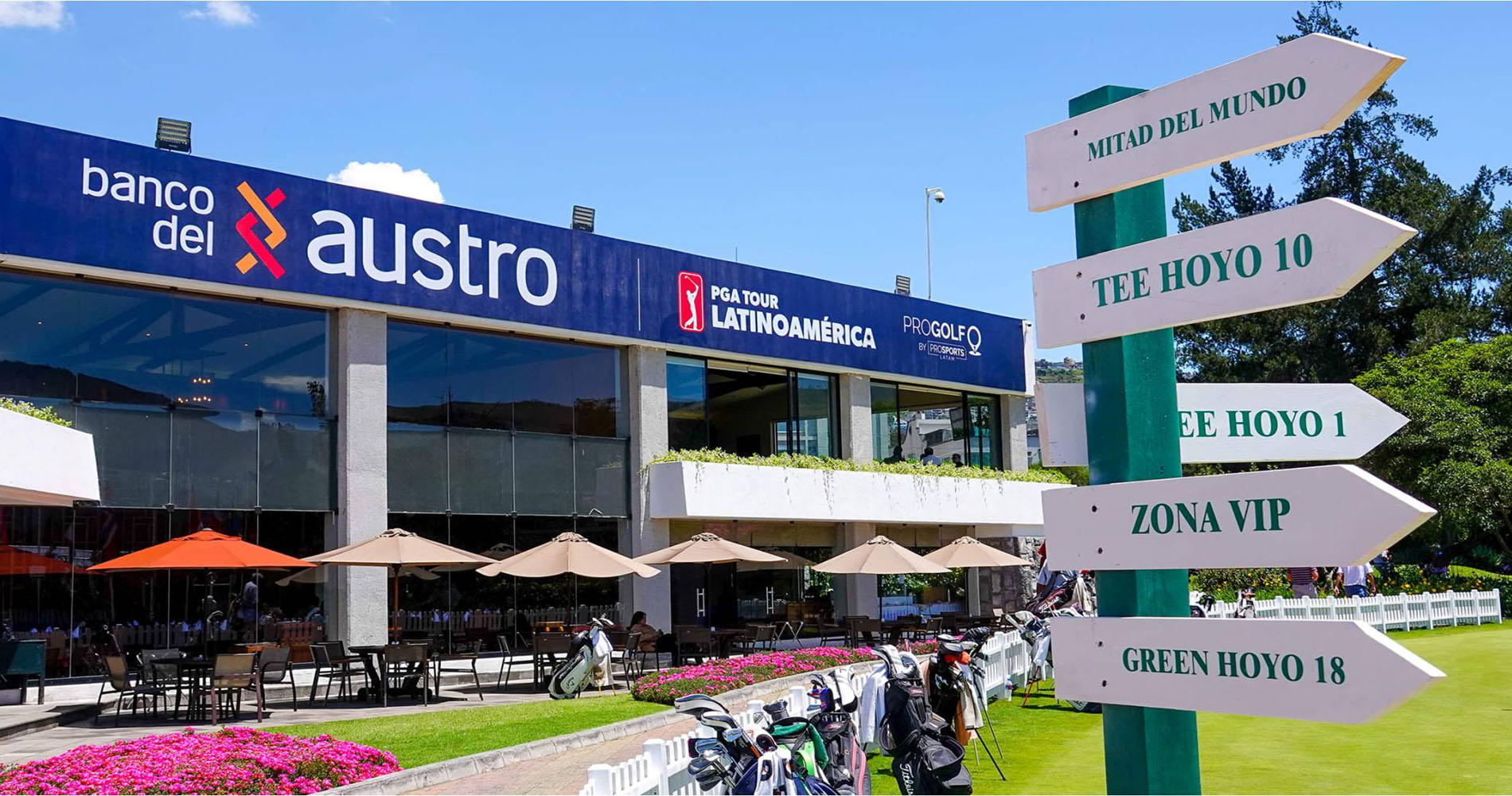 Whether you’re doing your measuring in feet or meters, the Quito Tennis and Golf Club is way up there. As in way up there. At 9,350 feet above sea level, the home of this week’s Quito Open, the eighth event on the PGA TOUR Latinoamérica schedule, holds the distinction as the tournament played at the highest elevation of any PGA TOUR-affiliated Tour tournament.

Sorry, Bogota, Colombia, home to the Korn Ferry Tour’s Astara Golf Championship and PGA TOUR Latinoamérica’s Volvo Golf Championship. Your 8,000-plus feet of elevation is impressive, yes, but you’re still about 700 feet shy of Ecuador’s capital city, which has everybody beat.

Players began arriving at Quito Tennis and Golf Club Monday, and they have spent the last two days thinking more about distance control than normal while also making serious annotations in their yardage books as they prepare for Thursday’s first round.

“It’s been a blast so far learning all these new (yardage) numbers here. Being able to change locations every week is really, really special for this Tour,” said Kevin Velo, No. 7 on the Totalplay Cup standings and winner earlier this season at the Termas de Rio Hondo Invitational in Argentina. “We’re at 9,300 feet, so the ball is going an absolute mile. I’m checking my numbers on the range, and my irons are going way too far, so I have to dial them in and figure it out.”

Rodolfo Cazaubón and Raul Pereda took a break Tuesday afternoon to discuss the unique situation the field faces this week. As Mexico natives, but both currently living in the U.S.— Cazaubón in the Dallas, Texas, suburb of Frisco and Pereda in Jacksonville, Florida—they have plenty of experience playing at higher-elevation courses in their home country.

“We play a lot in Mexico City and Guadalajara and San Miguel, in the center parts of Mexico,” Pereda said. “I think we face these altitude scenarios more often than players from, say, the U.S. Even those who live or play in Colorado, that’s nothing like this. Mexico City is 2,220 meters (7,200 feet), and this is 2,800 meters. Denver is only 1,600 meters (5,200 feet).”

Pereda comes into the Quito Open on a hot streak after turning in his career-best performance, a runner-up finish, last week at the Diners Club Peru Open presented by Volvo. He would like nothing better than to keep his momentum going, knowing he’ll have to do a little math along the way.

Pereda has already determined this week he will hit clubs based on yardage that is between 10 and 12 percent less than what he would if he were at sea level. “I just do the math in my head. Maybe I’ll go on Excel later and put in my sea-level numbers, and then I do both 10 and 12 percent and put those numbers in my yardage book. It makes it easier.”

Cazaubón, a four-time Tour titlist but winless since 2017, is factoring in 15 percent as his yardage adjustment this week. “My irons go a little farther because I hit [the ball] higher. I’ve played so many rounds at elevation it becomes natural, so I do it by feel,” he said of not necessarily feeling the need to write numbers in his book.

“I think for me,” Cazaubón continued, “it’s tougher on the shorter shots, like with the wedge. You have to put a lot of attention on those. Sometimes I think I’ve hit it soft, and it just goes, especially on those 75-to-100-yarders.”

Conventional wisdom suggests there may be a few more missed greens by percentage in the first and second rounds than there will be on the weekend as players get settled in.

Continued Cazaubón, “You really have to be aware of your trajectory. If you hit it a little higher, the ball is going to go farther. I try to hit all my shots with the same height.”

Pereda made a big move in the Totalplay Cup standings last week, sliding up 18 positions, to No. 11. The drama will continue to build as the season moves toward its conclusion and players vie for 2023 Korn Ferry Tour status.

Argentina’s Jorge Fernández Valdés took the No. 1 spot in week one after his win at the VISA Argentine Open, and he’s remained on top since. Countryman Alan Wagner is 297 points behind Fernández Valdés, who has amassed 1,091 points this season. José Toledo ended a five-year winless streak last week when he won in Lima, and he’s in third, only 34 points behind Wagner. Six of the top-10 Totalplay Cup players are from Latin America, with three Americans—Mitchell Meissner, Velo and Matt Ryan—and France’s Jeremy Gandon also making up the top 10.

A year ago, Meissner had a top-10 at the 2021 Quito Open, and he is only too happy to return to a place that brings back good memories.

“I really like the golf course, and I find the altitude to be a fun challenge,” the Texan, in fourth place in the Totalplay Cup standings, said. “I like doing math and trying to figure out which numbers to hit depending on if it’s in the morning or the afternoon. I’ll just be trying to figure out how far the ball is flying. I treat it as a fun challenge even though other people might not see it like that.”

Note: PGA TOUR Canada’s tournament played at the highest elevation is the ATB Classic in Edmonton, Alberta, situated at 2,188 feet above sea level.

Defending champion: Conner Godsey (U.S.) – not in the field

Totalplay Cup points: Awarded to the top-55 and ties, with500 going to the winner

You may also read... 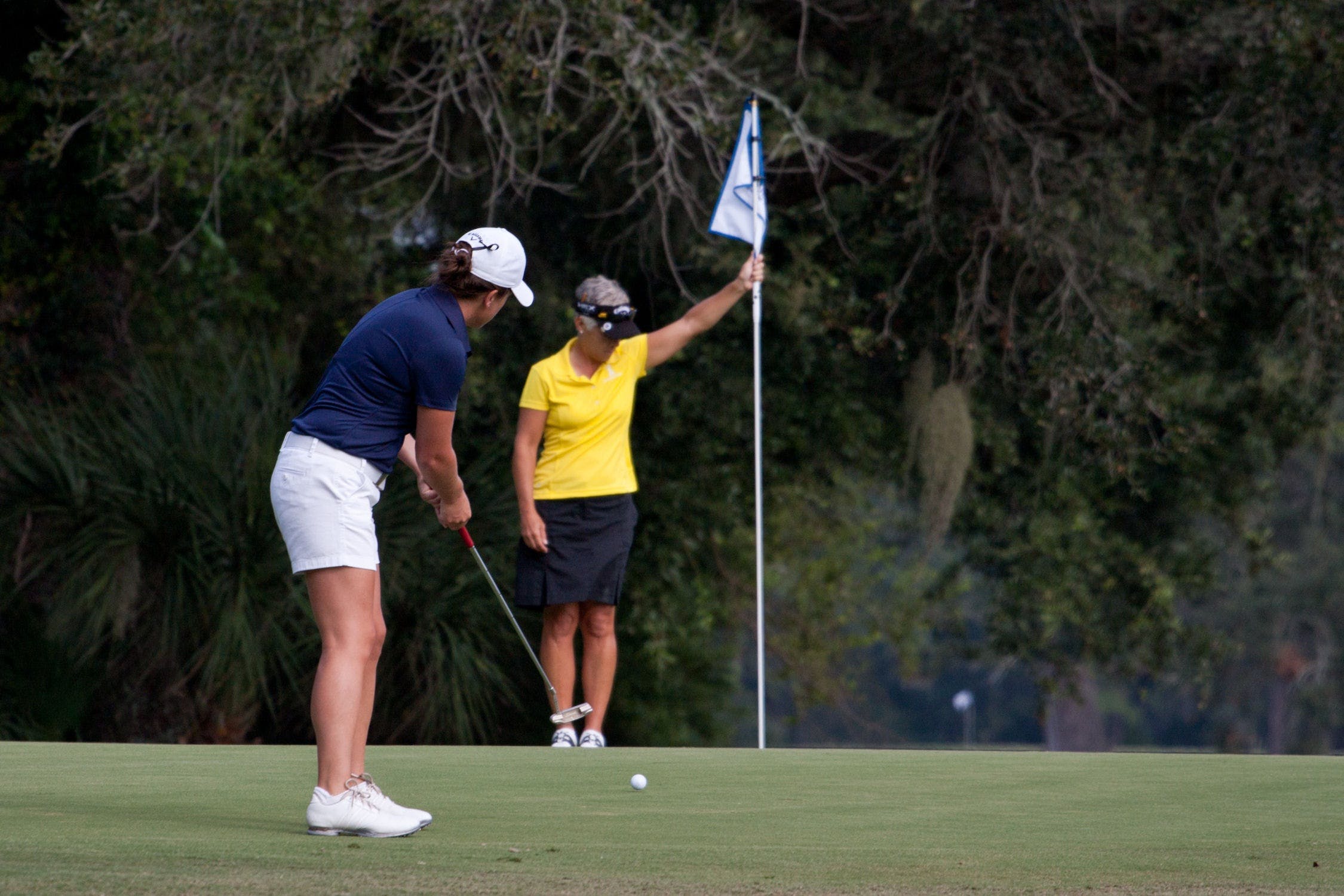