Thinking of teeing it up in Mexico in the near future? Raise a glass of tequila to William Townsend while you’re there. For it was the Kentucky native who mov [...] 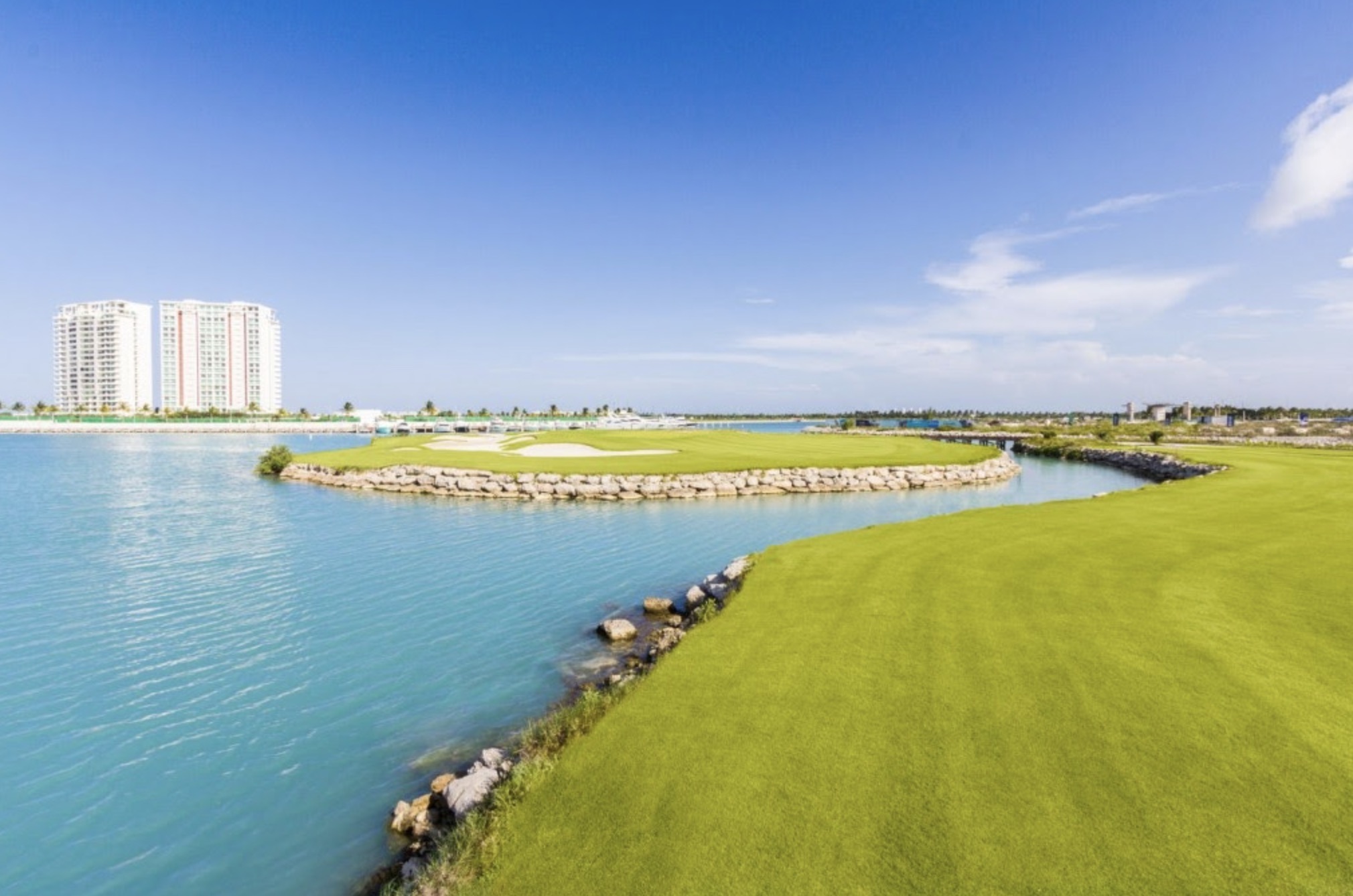 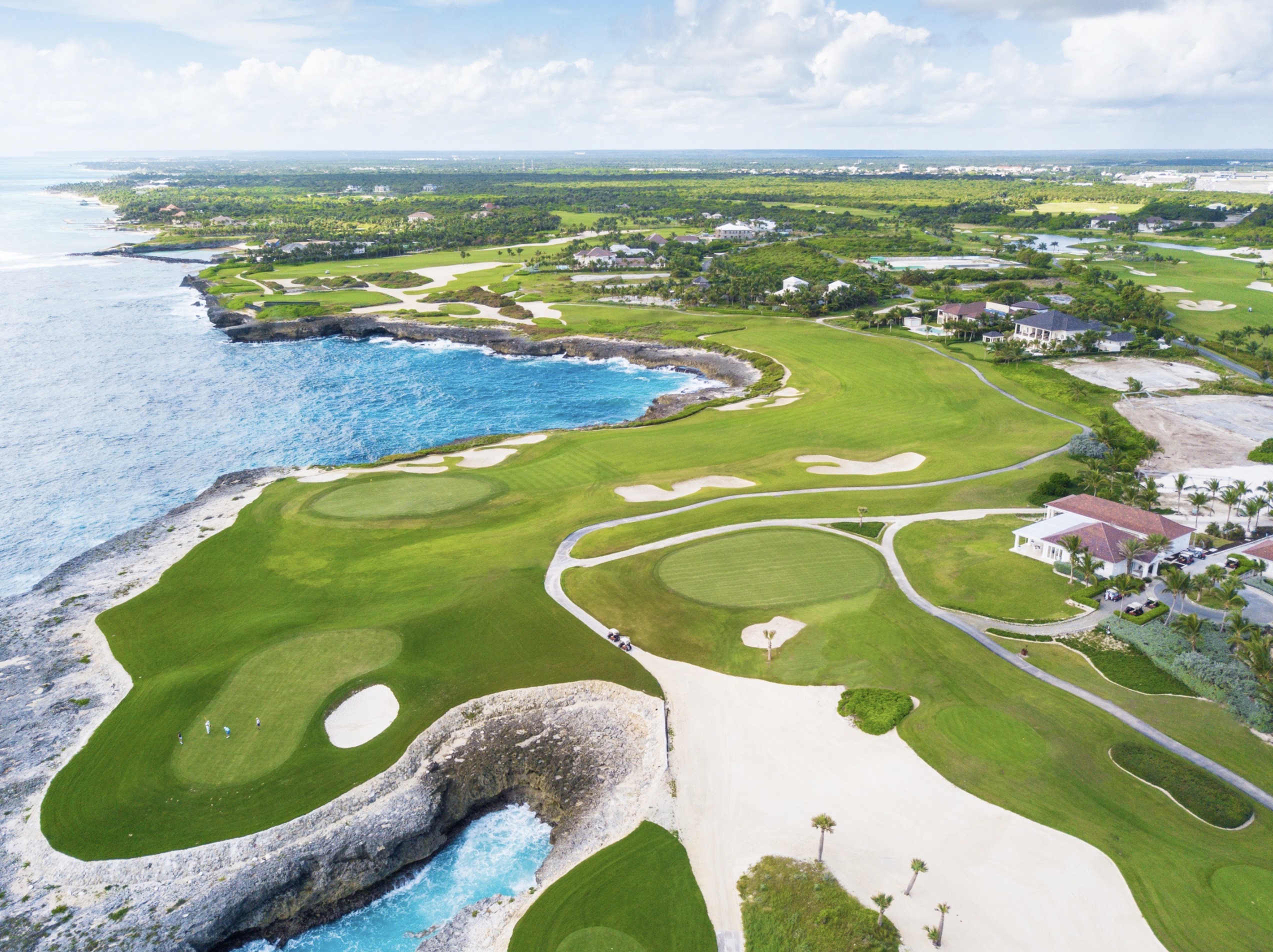 Central America puts an exclamation mark on both topographical and experiential diversity  It is a string of seven countries that separates Mexico from Col [...] 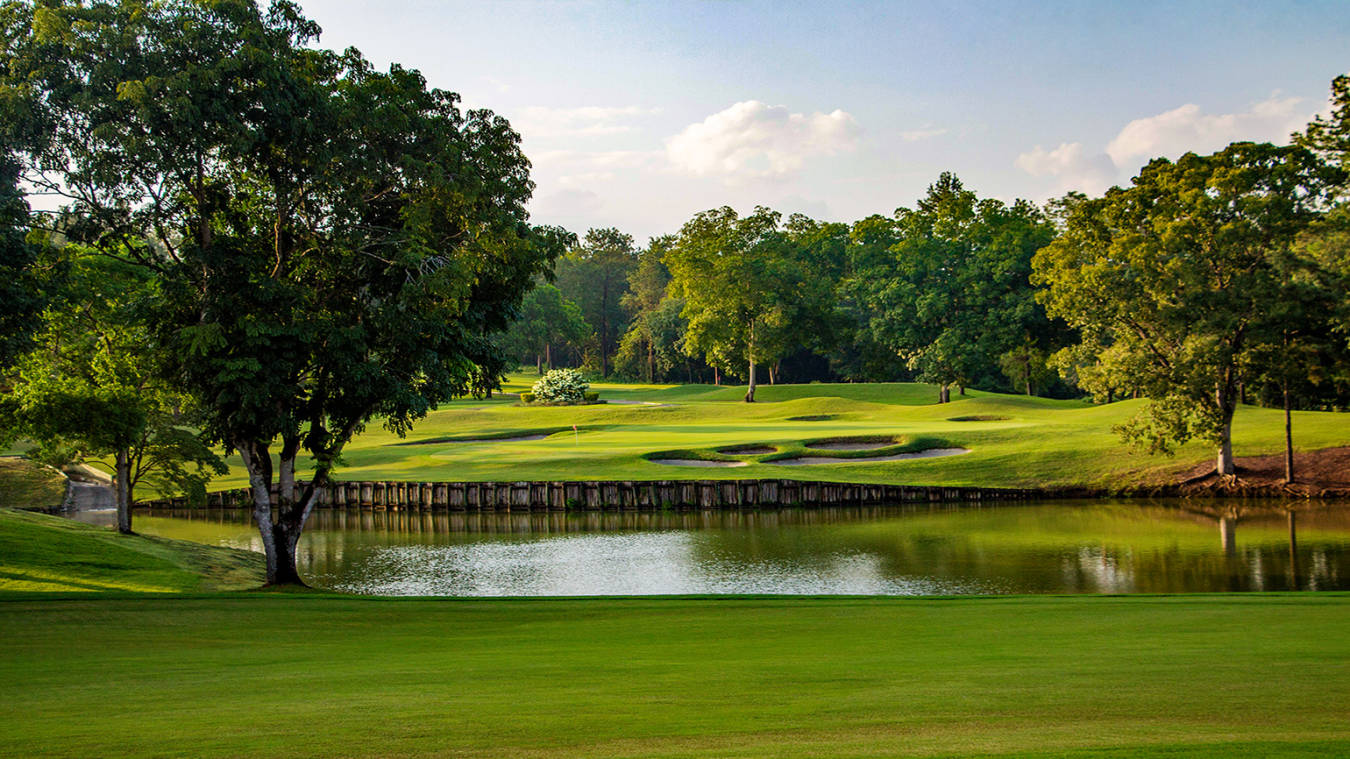 She is a Paraguayan professional golfer. She was named to the American Junior Golf Association All-America Team from 2001 to 2004, and was the AJGA player of the year in 2004, when she won the U.S. Girls’ Junior Championship. In her rookie season on the LPGA Tour, she was 19th on the 2006 money list going into the season-ending LPGA playoffs at the ADT in November. She won the final round of the elimination-format event in Florida to claim the first $1 million prize in women’s golf and vaulted up to fourth on the money list. At the end of 2008, Granada attended qualifying school for the Ladies European Tour (LET) and has played on the LGPA and LET tours since. In the 2019 Pan American Games, she won the silver medals in the women’s individual competition and the mixed team competition. 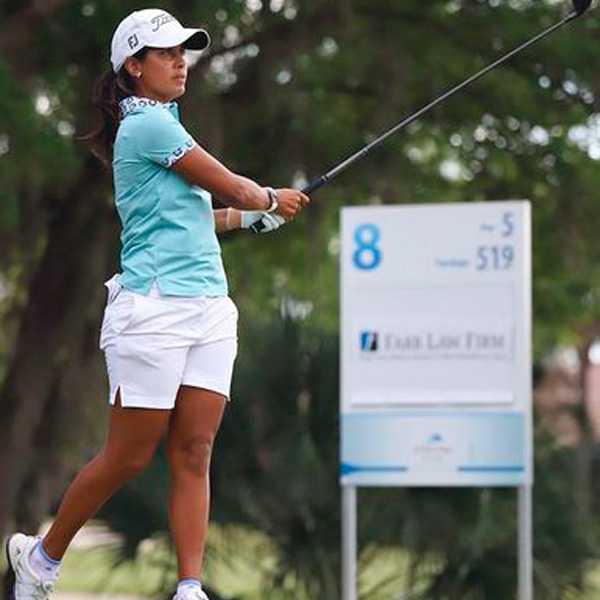 Long wait is over as Shah wins in Quito

Manav Shah came out Sunday morning needing to complete the final six holes of his third round. After posting a 4-under 68, he went out a couple of hours later and played even better. Shah, a UCLA graduate, pulled away from a bunched leaderboard late in the round, shooting a bogey-free 66 to win the Quito Open, his first PGA TOUR Latinoamérica title. He defeated Joel Thelen and Mitchell Meissner by two strokes. The win moved Shah to No. 8 on the Totalplay Cup Points List and put him in solid position to make a run at the top five with four tournaments remaining in the season.

After 13 holes Sunday at Quito Tennis and Golf Club, Shah was tied at 19-under with playing partners Joel Thelen and Mitchell Meissner when he turned it on.

“I’m really proud of myself for hitting the shots I needed to hit coming down the stretch,” he said.

At the par-4 14th, Shah poured in a 26-foot birdie putt to get to 20-under to take the lead he would never give back.

“I knew I had to make some birdies to separate myself coming in. I hit a phenomenal putt on 14. It went right in the middle. My caddie gave me a great read on that one,” said the 30-year-old, eighth-year pro.

A hole later, Shah widened his lead when he “hit two perfect shots” to leave himself with six feet for birdie, a putt that hung on the lip on the high side before falling. “It had such good speed it was going to drop,” Shah added.

Once Shah got through the 16th, with his two-shot lead intact, he felt a little more comfortable. “Sixteen is the hardest hole in the world to come in on. I got a lightning putt from the top of the hill (for birdie) and then made a five-footer for par,” he explained how he navigated that hole. A two-putt birdie at the par-5 17th gave Shah a two-shot cushion that allowed him to par in for the title.

Meissner could only smile when asked about his lack of a win this season. He’s turned in four consecutive top-10 finishes, three of them top-five efforts, and he jumped to second on the Totalplay Cup standings. He’s only 117 points shy of overall leader, Argentina’s Jorge Fernández Valdés, who missed this week’s cut.

“I’m a faithful guy, and I believe it’s going to happen when it’s going to happen,” Meissner said of winning. “It wasn’t meant to be this week. It’s comical that I’ve played well how many weeks in a row? And someone has been better than me in each of those weeks. But someday it’s going to be my time, whether it’s this year or next year on the Korn Ferry Tour, whenever it is. I’m looking forward to the future.”

Meissner was bogey-free in his final round, with three of his four birdies coming down the stretch. Only making one birdie on the front nine ultimately hurt him.

Thelen made a huge move in the Totalplay Cup standings, with his four rounds in the 60s. He began the week in the 36th position and is now 15th. Eleven of his last 12 rounds have been under-par.

Manav Shah’s victory came in his 28th career PGA TOUR Latinoamérica start. Shah’s previous-best Tour finish was a tie for seventh at the 2019 Abierto OSDE Del Centro in Cordoba, Argentina. Shah has posted eight consecutive under-par rounds, with six of the eight scores in the 60s. He also has 23 career PGA TOUR Canada starts, all coming in 2016 and 2017. A tie for fourth at the 2016 Staal Foundation Open his top showing.

Two Ecuadorians of the 11 playing made the cut this week. Here is how they finished:

All seven previous 2022 tournament champions were in action this week. Here is how they performed:

Kevin Velo was in the hunt but all week but felt he lost momentum on No. 10 when he three-putted for bogey. “I had 69 yards into a tucked pin, to the front-right section of the green. I filet-ed a wedge a little too far,” he said. “[The putt] looked really fast, and I left it seven feet short, so it wasn’t even really close. Then I just mis-read the putt coming down.” Velo made a disappointing par at the par-5 11th and then a late bogey at the 16th ended any chances.

Matt Ryan had the oddity of shooting four rounds of 2-under 70 this week. The American finished at 8-under to tie for 34th.

A pair of Colombians had nice tournaments this week, with Camilo Aguado and Ricardo Celia both tying for sixth. Aguado shot scores of 66-68 on the weekend, while Celia opened 69-65-67 before falling back with a closing, even-par 72.

This is Ricardo Celia’s best finish in Ecuador since he tied for fourth here in 2019. Celia has had a lot of success in Ecuador, where he earned his first PGA TOUR Latinoamérica victory, in 2015, also at Quito Tennis and Golf Club. Seven years ago, Celia was the only player in the field that year to shoot four sub-par scores, and he eventually closed the deal, defeating Ian Davis and Timothy O’Neal by three strokes. Celia’s win came in his 15th career PGA TOUR Latinoamérica start.

Argentina’s Alejandro Tosti got to 6-under during the early part of his back nine and briefly held the lead before two late bogeys and a double bogey on No. 18 dropped him into a tie for eighth with countryman Jesús Montenegro and American Davis Shore. This is Tosti’s second top-10 of the season to go with his victory in Cordoba in April.  Tosti is currently in the fifth position in the Totalplay Cup, 15 points ahead of No. 6, Cristobal Del Solar.

The Netherlands’ Rowin Caron had a crucial double bogey late in his final round, at the par-3 16th, that dropped him from contention. He was a stroke off the lead when he stood at the tee. Caron went on to finish fifth.

Even with the late disappointment Sunday, Rowin Caron is in the midst of his best season as a professional. This week he made his fourth consecutive cut, and his solo-fifth performance to go with his runner-up showing at the JHSF Brazil Open two weeks ago kept Caron at 13th on the Totalplay Points list with four tournaments remaining in the season.

By tying for 11th, Rak Cho had his best PGA TOUR Latinoamérica outing since he tied for second at the VISA Argentine Open last December. In his career, Cho played 32 events on PGA TOUR Series-China between 2014 and 2016, never winning but twice finishing as a runner-up—at the 2015 Pingan Bank Open behind fellow Oregon Duck Eugene Wong. He was second again in 2016, at the season-ending Buick Open, a stroke behind winner Huilin Zhang. Cho also has five career starts on PGA TOUR Canada. Cho has also played extensively on the DP World Tour, the European Challenge Tour, the Asian Tour and the Korean Tour.

“Given the circumstances, I’ve never felt better on the golf course. I played really good. It felt better than my 63 in the first round. I don’t really know what to say right now. It hasn’t sunk in quite yet.” –Manav Shah

“This whole day has been special.” –Manav Shah

“I’m frustrated about missing that putt on 18. I missed a putt last week to tie for second. I need to clean that up and make some putts on 18.” –Mitchell Meissner on his missed birdie putt on the final hole Sunday that would have given him second place outright had he made it

“I was very patient, which I was pleased with, and made some birdies coming in.” –Mitchell Meissner